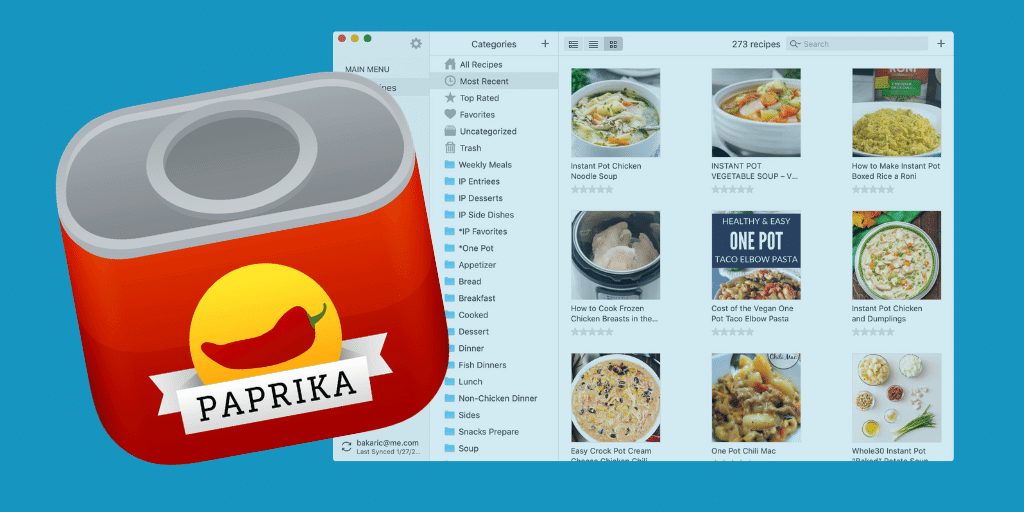 My cooking skills won’t get me within a hundred miles of the cooking show, Chopped, but thanks to the iOS and macOS application, Paprika, I can quickly save and access recipes and actually get some new meals cooked—reducing the amount of times I eat out.

I’ve been using Paprika for several years now, and it included it in my list of favorite apps of 2019. and though the 3.0 version sells separately for both the Mac and iOS versions, I purchased both of the new versions anyway because I like and use the application regularly, and I want to support the developers in maintaining their app.

The primary automation feature of Paprika is that it allows you to import online recipes into the application, and it will automatically parse the ingredients and cooking directions of the recipe and add it to your recipe library. The short video below shows parsing and importing in action.

Paprika keeps all my imported recipes organized by categories and favorites, and it includes a feature for pinning links to recipes in the sidebar for quick access. You can also manually create recipes directly into the app.

The layout of recipes is similar to how they are appear in their original online version, but with a lot less clutter.

How I Use the App

Unlike my wife who still handwrites grocery list and ingredients for new recipes, when I go to the grocery store I simply open Paprika on my iPhone to view the grocery list I created in the app. Here’s my usual process for cooking a meal:

What’s most practical about using Paprika is that recipes can be browsed by categories, most recently imported and favorites. The latest version of Paprika also includes a gallery view, which I find more user friendly the the list view.

Paprika also automatically sorts a grocery list by grocery aisles. I don’t use this feature much because I typically shop at the same grocery store, so I know where my most regularly used items are located. However, for unfamiliar items I can also open the Raley’s grocery store app and do a quick search to see what an item looks like, which sometimes helps in locating it.

My cooking skills are still very basic, so I depend heavily on following directions of a recipe.

I find it easier to prepare all the ingredients for a recipe and set them aside before I start cooking, that way I’m less likely to forget what’s needed. Paprika includes a nifty feature for crossing off ingredients as you prepare them.

What I like about the newest version of Paprika is that before start cooking I can edit the directions of a recipe to make it easier to follow. Edits may include numbering each step of the directions and formatting some instructions in bold to make sure I don’t overlook them in the cooking process.

Paprika also includes a built-in timer, which I occasionally use, though I mostly use the timer on my Apple Watch. Most of my meals are recipes that can be cooked in my Insta Pot, which means I don’t have to stand over the stove to cook. The pressure cooker does the cooking for me.

I also favorite meals in my recipe collection that are easy to prepare and cook. The latest version of the app also allows for importing multiple photos for a recipe. It’s sometimes useful to include photos of hard to find grocery items, snapshots of the various stages of food preparation, or a photo of how the meal turned out.

Typically I follow the cooking directions in the iPhone app version of Paprika, but what is most useful is propping up my iPad and viewing a recipe in the app. Incidentally, Paprika includes a preferences option to keep the screen of your device on while Paprika is open. This way you don’t have to keep re-opening the app as you cook.

One of my biggest challenges with cooking is not knowing ahead of time what meals I will cook. Paprika includes a meal planner for assigning recipes to dates on the calendar. If I were to use this feature, it would reduce the number of trips I take to the grocery store, and it would mean not always waiting until late in the evening to figure out what meal I should prepare.

Paprika also includes a pantry feature that displays the last time you purchased a food item. If I actually cooked meals on a regular basis, I would probably use this feature a lot more. But my wife also does most of the grocery shopping so I need to double check what items we already have in the pantry before going to the grocery store.

Another useful feature in Paprika, is the ability to create menus say for full-course dinners or special occasions. Ideally I would also use this feature if I took the time once a week or even once a month to plan out my meals.

A few other nifty preferences in the app include:

Without Paprika and the Insta Pot, I would not get around to cooking new dishes as much because of the traditional hassle of keeping track of recipes, writing a list of grocery items, and standing over the stove and cooking.

Let me know what you think of Paprika. Do you use or are you interested in trying out the application? 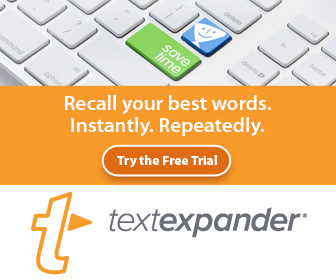