Open Diary: My Year In Apple Hardware and Software 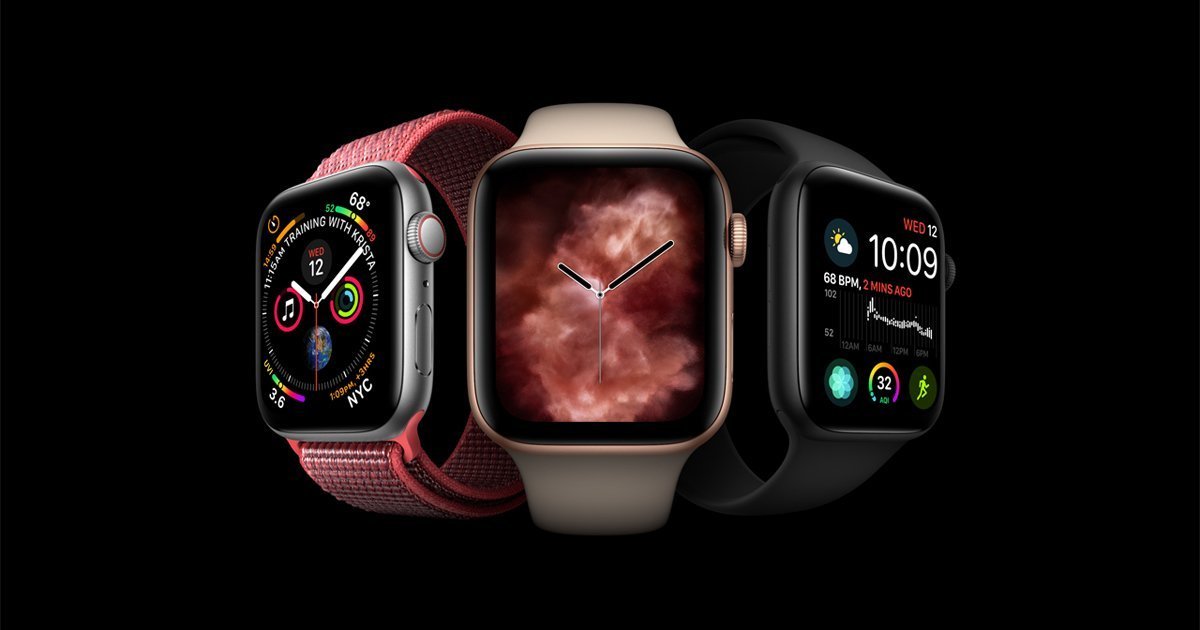 Yesterday I came across Ben Lovejoy’s article, “Opinion: My end-of-year report card for Apple’s 2018 hardware,” which provides a really good overview and critique of Apple hardware releases and non-releases this year. After I finished reading it, I thought I’d write a similar piece, but focus more on what Apple related hardware and software I purchased this year and why.

This article is somewhat personal, but it also provides me the opportunity to publicly express some of views about a few topics I’ve been wanting to get off my chest and share with you, my regular readers.

Overview of My Hardware

Though I’ve been an Apple user since the late eighties, I’ve never been one to stand in line for all the new hardware releases. Not only do I not have the expendable income to keep up with such purchases, I simply don’t think updating my hardware devices every year is warranted. There are many other ways the money could be put to better use, such as maintaining a healthy savings account.

I started off 2018 with the purchase a 13” MacBook Air (open box, Best Buy), to replace the 11” MacBook Air, which I purchased back in 2011. The 11” had been running really slow, and I needed to replace it for job related tasks. The 13” has the same measly 128 gigs of storage that the 11” had, so this time I didn’t load it with lots of applications, only ones I need for mainly typing text, and of course Mac automation workflows. I don’t use my laptop for video production work, so there was noneed to purchase a MacBook Pro.

I still like the thin design of the MacBook Air, but it’s not a laptop that I want to keep updating every few years. In my humble opinion, Apple should produce a laptop with a detachable tablet, similar to the Surface Go. I mean, it would be super cool to go from using macOS to iOS on the same monitor. Not sure how realistic that is, but one can dream.

I’m still hanging onto my six year-old iMac, though earlier this year around the same time I purchased the MacBook Air, I had to get the hard drive replaced in my iMac. Because I work at my computer everyday, for five or more hours, I could definitely use more processing speed, and the improved Bluetooth found in the later versions of the iMac. But my 2011 iMac is going to remain my desk for at least another year, unless it stops working or slows down to a crawl.

One of my greatest accomplishments this year was decluttering my home office, which entailed donating over 500 used and outdated books and magazines to the local Friends of the Library, and clearing out of numerous gadgets and other junk that I accumulated over the last decade or more.

To enhance the now minimalist style of my office, I also replaced my Pioneer multiple speaker system with the Home Pod. My old speaker system was too bulgy on my white Ikea desk, and it required too many wires running along the floor and the top of the two doors.

The sound system of the HomePod doesn’t match the Pioneer system, but it looks and sounds decent. Plus, I’m hoping to see over time greater Siri integration in the HomePod. For now, Apple is definitely lagging in the area of home smart devices.

I’ve been tempted to purchase the Google Home Hub, because I like how it displays information on a small screen. Though I issue occasional Siri commands to navigate my Apple Music library and to trigger connected remote devices, including my hot water pot and office lamp, Apple should have a device that displays custom information throughout the day based on your calendar and other tasks and routines.

This past September, Apple released the Apple Watch Series 4. Up until this the last week in December, after Christmas day, I finally replaced the original version of the Apple Watch with the Series 4.

There are several features I like about the Series 4, but I was really looking forward to an always-on display mode for the Apple Watch, because I think it would make the watch look more like a real watch instead of a shutdown miniature computer screen.

But I broke down and got the Series 4 because the latest version of the watchOS doesn’t support the original watch. I also wanted the larger display and the Infograph face that allows for more complications which I do have a habit of using. The Series 4 also includes the Home app which allows me to quickly trigger my home connected devices from the watch, either manually or by issuing a Siri command. And speaking of Siri, it is seriously Star Trekkie to issue a command on the watch without saying, “Hey Siri.” (Note, the Raise to Speak does not work consistently for me, and I’ve read complaints from other users that it’s not consistent.)

I waited a day after Christmas to take advantage of open box sales of the Series 4. My local Best Buy had three of the 44 mm Space Grey open box watches available, and that saved me about $25. While the savings doesn’t sound like much, I wasn't too happy about spending $400 for a new watch. The form factor wasn't radically changed in the Watch, and I bet Apple is probably already designing another version of the watch to come out late next year. But unless there’s a radical change, I won’t be in line for it.

My goal with Apple upgrades is to keep my Apple devices until they are no longer supported by the latest operating system. My iPad Air 2 and my iPhone 6s still work just fine. In my humble opinion, the average consumer like myself is better off saving $1000 in an emergency fund than spending it on yet another Apple device that doesn’t include significant productivity upgrades.

One of the most disappointing changes in Mac related software this year was Nuance’s discontinuance of text-to-speech application, Dragon Dictate, back in October.

I still use the application on my Mac for as long as it runs, but I’m not depended on it like many computer users with disabilities that prevent them from typing with their hands.

As I point out in this and other articles, macOS and iOS includes speech-to-text and software trigger commands, but Apple appears not have put significant focus on this area, and thus it’s voice dictation is sorely lacking. You’ll become frustrated trying to use it beyond dictating a few sentences. However, the computer commands could be useful, especially if you leave the Dictation feature running while you work at your computer.

As for Mac automation applications, there were not major upgrades to the standard software (e.g., Keyboard Maestro, BetterTouchTool, Hazel, TextExpander, PopClip, smart folders, and iClip). However, Keyboard Maestro received a powerful Cron Trigger feature for triggering actions based on any date and time, and recurring times. It’s a little tricky to set up, but it’s a very useful automation feature.

As usual I struggled with which task manager to use, and that’s why I decided to return to 2Do for handling all my blog related tasks and projects. I’m holding onto Informant because it’s the only task manager that I know of that includes a built-in calendar. Informant doesn’t have the sexy design of 2Do or Todoist, but the calendar integration means using one less application, like Fantastical. I use Informant for all my freelance and personal related tasks. I plan to write more about these task managers next year.

I also finally switched from Apple Mail to Postbox, because of its many useful features (including HTML signatures, message templates, assigning topics or tags, much better smart rules for capturing and filtering emails), and it’s black theme. However, I’ve read reviews of Airmail, which might be even better than Postbox, so sometimes next year I plan to check it out.

I also switched from using the Apple Finder to Path Finder, which I reviewed here. Path Finder has been significantly improved and enhanced since I last used it about seven years ago.

As for digital notebooks, I use several (including Apple Notes, Bear, the now defunct, Letterspace, GoodNotes, and Outlinely) for different purposes, but this year the release of Drafts 5 includes tagging notes—a feature I had been waiting for, and actually the lack of it caused me not to use the app on a consistent basis.

The free version of Drafts 5 contains powerful features for formatting texts, importing and sharing content, dictating text, URL schemes, actions, Messages and Apple Watch integration, and setting up mini-automations for various workflows. The ability to force press on the app’s icon and choose from recent notes, or to create new one is great for inputting quick notes. I use the Share feature of Drafts a lot for saving clippings from other applications like the Kindle and New York Times apps on my iPad.

Next year, though, I will need to decide if I’m going to upgrade to the pro version of Drafts or Bear. I definitely understand the need for developers to use a subscription model for their apps in order to keep them maintained and bring in consistent income, but that means as a consumer I have to make choices about which apps are most important to me to use. I already subscribe to TextExpander, Outlinely (which I will drop because of lack of development) Screen-o-Matic, and Informant. Subscribing to two notebook applications is a bit much.

I will probably end up subscribing to the pro version of Drafts because the developers are now working on a Mac version of the application, which is available in the beta version for pro users.

Drafts is the kind of application worthy of subscription because it includes the ability to create and share custom actions for various types of productivity hacks, and formatting and sharing texts. I imagine that the Mac version of the app will receive similar workflows and actions.

Well, that’s it for my public Apple diary. I hope you found it worth reading. As always, I hope that you will share some of your Apple purchases and critiques for this year in the comment section below.

Get updates blog post updates and other resources for automating your Mac. 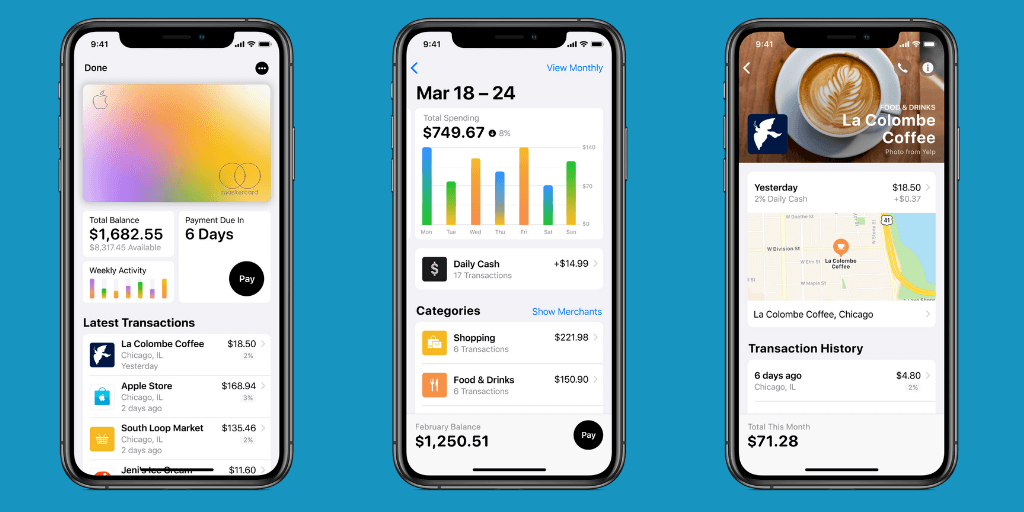 Apple Diary: Why I Got the Apple Card and How I Use It