With the release of iOS 10, many of the 3D Touch apps received some major improvements.

If you own the iPhone 6s or above, you certainly should be taking advantage of the pressure sensitive screen technology that can save you several tabs when launching apps or connecting to features in apps.

After I installed iOS 10, I realized that I wasn't taking advantage of 3D Touch as much as I should be. I realized that most of the apps I use include 3D Touch features, and thus I decided to make changes to my iPhone 6s home screen to include mainly 3D Touch apps I regularly use.

This article is one of two, maybe three posts, in which I will share how I am  using new features in iOS 10 to more quickly access and launch apps and run workflows.

What Is 3D Touch?

Just in case you don't know about 3D Touch, it's a powerful feature on the iPhone 6s or above that allows users to force down on an app to trigger a pop-up of items included in that app. It's similar to how you press on an app in order to trigger the option for moving or deleting it, but with 3D Touch you press and hold a little harder on the app, and an interface will pop up. 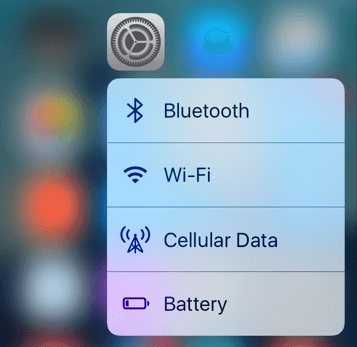 Why Use 3D Touch?

If you're a heavy iPhone users, 3D Touch can definitely save you some tapping, and provide access to apps, features, and contacts more directly. It's for this reason, that except for in the iPhone Dock, I don't include folders of apps on my home screen. I only have single apps on the home screen that I can access their 3D Touch features.

I also now use the new Widgets set up in a similar way, but I will talk about that in a follow-up article.

As with Mac automation, the goal of 3D Touch is to reduce taps and the steps it takes to trigger actions and activate features.

The following are the 3D Touch apps I use on a regular basis. I'm quite sure you have many of your own choices, and I hope you will share them in the comment section below.

Let's start with my home screen setup. I try to put the 3D Touch apps I use frequently on the right or left side of the screen so that I can perform a force touch with my right hand thumb. 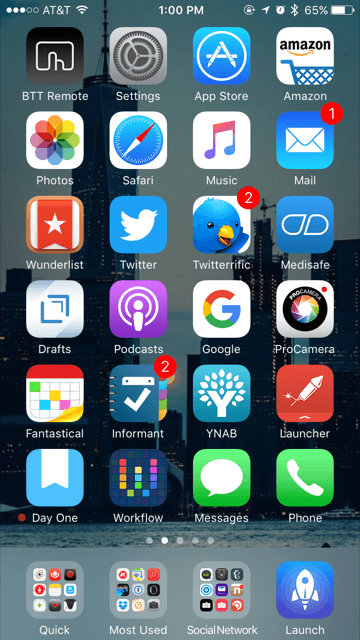 Along with their other  3D Touch features, the Phone and Messages apps make it very easy to initiate a connection with contacts in your Phone Favorites list, and your most recent contacts in Messages. 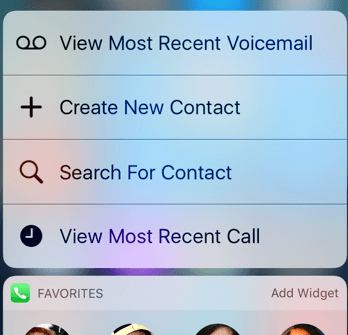 Just being able to force touch and select “Create New Contact” can save 2-3 taps.

On the other side of my home screen, I keep the calendar app, Fantastical (affiliate link) parked and ready for a quick scheduling of new events. Notice the pop-up interface also includes your next upcoming event. 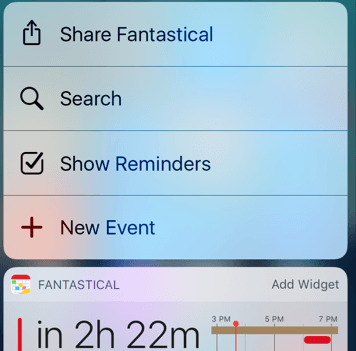 When I'm about to fall asleep or when going for a walk, I force touch on the Apple Podcast app, which takes me quickly to my most recently listened to programs and new episodes I subscribe to. This feature saves one or two taps, plus some scrolling. 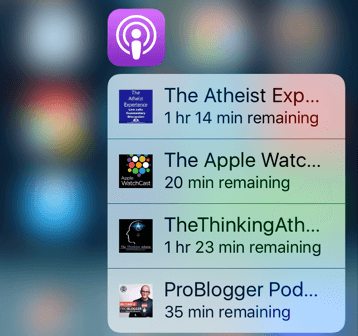 Shortcuts allows for creating one or more actions that can be triggered manually or by sending an assigned Siri voice command. The workflows are similar to Keyboard Maestro in that you assemble one or more actions to trigger a new workflow, or to trigger an existing workflow either from the app itself, the iOS Share Sheet, your home screen, the Today Widget, or if applicable your Apple Watch.

Shortcuts has contains a gallery of pre-made shortcuts that can be downloaded on your phone. The Shortcuts app also includes the 3D Touch feature which will show the top four workflows in your library that you have selected by enabling the “Show in Widget” in the Settings editor for a workflow.

The 3D Touch shortcuts I currently use the most is one for quickly dimming my iOS screen, and another one for saving the last image or screenshot in my Photos library to my Mac desktop. Unfortunately, the latter shortcut can’t be done a simply tap, but it does save a few taps, including having to open the Photo Library to save a shot. Next up is Drafts, which is my go-to app for adding quick bits of information. It's useful because a new draft is created when I open the app, and that allows me to immediately start typing or dictating text without tapping another button. 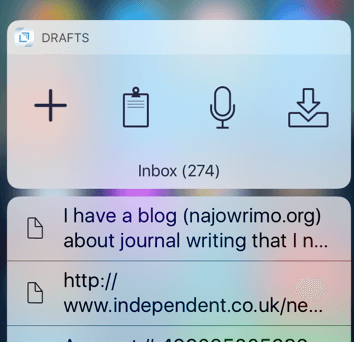 The 3D Touch inference is also great for getting options for reviewing recent notes, and for selecting which feature in the app you want to open up to.

I find the Google Search app sometimes quicker and  more user-friendly than using Safari or Siri. The force touch options for Google Search are great, especially the Voice Search which is lightning faster and more accurate than Siri. I kick myself when I forget to use 3D Touch for the Google Search app. It's apps like this one that make me look forward to 3D Touch on the iPad. 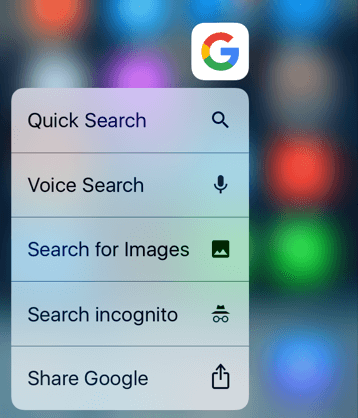 I’ve started using the ProCamera (affiliate link) app because it has lots more useful features than the default Camera app for the iPhone. With force touch, you can open directly to a Selfie, Video or Photo shot. ProCamera also gives you the option to delete photos before they are saved. 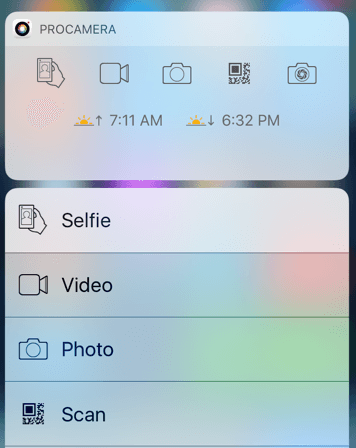 The pop-ups for Apple's Music and Photos apps are also very handy for previously played songs and recently shot photos. 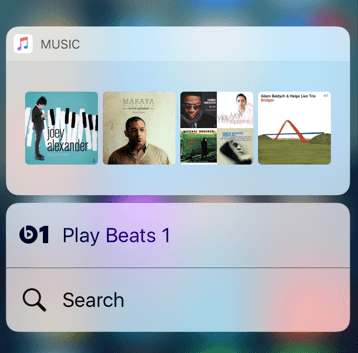 If you need to start playing a song in your car (while at the stop light!), this force touch feature is the best one to use. You can also of course use “Hey Siri, play….”

Other options for this feature could include the ability to move to the next song, pause and play, and take a peek at the currently playing song.

The Say It and Scan It items in the force touch interface of the Amazon app are also very handy, though I admit I sometimes feel uncomfortable using the app in my local bookstore. 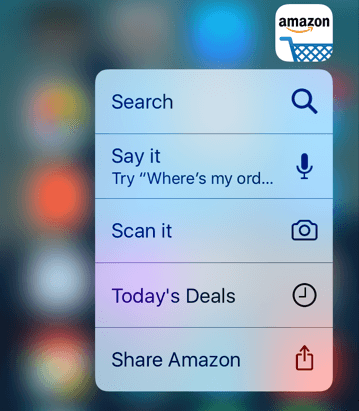 I read and access Safari more on my iPad than my iPhone, so here again I'm looking forward to force touch on the iPad. Late in the evening, I like to review articles saved to my Reading List, and this feature makes it easier to access that list. 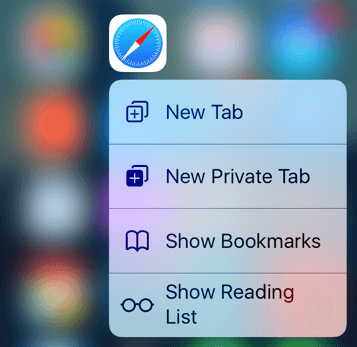 Well, that's my personal picks for 3D Touch apps. Which are yours? Are you using the force touch feature regularly, or do you often forget? I look forward to your feedback,.